Leadership is an important aspect of the success of any organization and schools are no exceptions. The Scottish leadership team leads by being the role models themselves, providing guidance, and ensuring a congenial work environment that leads to attaining sustainable growth.

Mr. Ashok Goel, the founder and Chairman of Gulf Petrochem Group, started the business of trading with his younger brother in petrochemical products in Delhi and Gujarat in 1993. 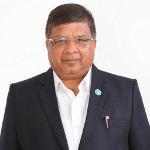 He was responsible for venturing and expansion of the business in Sharjah(UAE) in 1998. He has been actively involved in the operations of the Group and has gained significant experience in setting up new projects, which enables him to guide the Group in the various expansion ventures being undertaken. He is a visionary and is instrumental in groups entry into education.

The strong social entrepreneur in him has motivated him to found ASPAM Foundation and initiate several CSR activities, such as building charity hospitals and public toilets in Hisar city, to contribute towards the development of underprivileged children to improve and nurture talents and educational experiences. He firmly believes that inculcating social responsibility and ownership in children is an essential ingredient in holistic education.

Mr. Ayush Goel completed his bachelor's degree in B. Com (Hons.) from Delhi University, and then went on to complete his MBA (Family Managed Business) from SP Jain Institute of Management and Research, Mumbai. 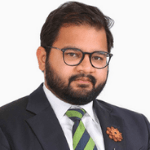 A recent appointment to the board of directors at Gulf Petrochem Group, he oversees the marketing and financial functions of the Group in India. Along with this, he is involved with the Group's ‘Diversification Strategy Team' which is an executive function that is charged with managing the Group's acquisitions in India as well as developing the strategy to diversify the Group's portfolio into Steel, Real Estate, and Education.

Ayush is passionate about education and believe that ‘ Education is for improving the lives of others and for leaving your community and world better than you found it’. According to him only holistic education can bring transformation and create a better world for the next generation. His enthusiastic personality, commitment, and progressive thinking about modern-day education led him to become the mentor of this Premier school and a Young Achiever.

Mrs. Meenakshi Zarabi has done her M.Com, MBA (Marketing & Sales), B.Ed and has been appointed for the position of Principal at Aspam Scottish School. 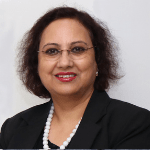 She has worked as Principal (Pan-India) in many reputed schools; prominent ones being Vidya Bharati School (Ghaziabad), GEMS International School (Gurgaon), Doon Public School (Bathinda), & Bharathiya Vidya Bhavan’s Public School (Jodhpur). She has also worked as the Vice Principal of SMS Senior Secondary School (Jodhpur) and as Academic Coordinator & PGT Commerce in schools like DPS (Maruti Kunj, Gurgaon), Army School (Srinagar & Dinjan), etc. Mrs. Meenakshi Zarabi has also worked as an Executive Principal for Ramagya School (Noida) where she successfully increased the student strength by 300%. She led all the schools under the ‘Ramagya’ banner with utmost dedication and progressively vigorous leadership. Under her stint as the Executive Principal, the school was selected among the 30 Great Indian Schools by Forbes India Marquee and bagged various prestigious awards.

The core areas of her expertise are child-centric education, learning skills, and pedagogies in the 21st century. She has attained pioneering proficiency in various domains of Education like School Academic Structure, Planning & Training, Curriculum Framework & Implementation, Administration, Admissions, Planning processes, and procedures for the smooth functioning of school Finance, Operations and a 360-degree feedback system to enhance transparency and objectivity.

Mr. Ashish Goel is a Mechanical Engg, Post Graduate in Eco, PGDBM, conversant with all aspects of Aspam Academy Noida. 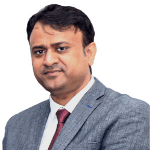 He is responsible for the Infrastructure development, business development, and routine Compliances of the school with different regulatory authorities. He started his career in the year 1999 in the education sector and become Zonal Head with Infotech Institution for Software and BPO training. Later, he joined the financial services industry and worked as vice president with institutions like IndiaBulls Ltd and India Infoline Ltd. He then joined Presidium Educational Institution, working in operations, and established ‘Future Edge’, a new brand for IIT-JEE and Medical. Having vast working experience with reputed organizations he is well equipped to supervise the operations of the Project and the school.

Pravir Kumar, is an IAS officer of 1982 batch from Uttar Pradesh cadre. He did his early schooling in Bareilly (UP) and graduation from IIT Kanpur in Electrical Engineering in 1981 where he was awarded Gold Medal for being the Best All-rounder. 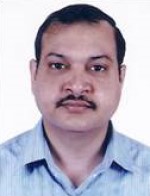 After joining IAS in 1982, he worked as SDM in Orai (Jalaun) and Chief Development Officer in Moradabad. He served as District Collector & District Magistrate in the districts of Pratapgarh, Jaunpur, Bahraich and Nainital and Divisional Commissioner of Kumaon Division (Nainital). He has served in various capacities (as Joint Secretary/Special Secretary/Secretary) in several departments of the State Government namely Small Scale Industries & Export Promotion, Irrigation, PWD, Industries, CM office etc. He has also worked as Managing Director of State Public Sector Undertakings (PSUs) e.g. UP Agro Industries Corporation, PICUP, UP Land Development Corporation and UP Cooperative Federation (PCF). He was awarded with prestigious 'Udyog Ratna' award for turning around a sick PSU - UP Agro in a record period of 6 months.

In Government of India, Mr Pravir Kumar worked as Joint Secretary in the Ministry of Micro, Small and Medium Enterprises (2005-10) and later as Development Commissioner of Kandla and Dahej SEZs (2010-12) in Gujarat, under Ministry of Commerce and Industry. On his return to his parent cadre UP in 2012 he was appointed as Principal Secretary, Urban Development and Urban Housing & Poverty Alleviation departments, where he was awarded with Chief Minister's Award for successfully organizing Maha Kumbh Mela 2013. Later he moved as Principal Secretary, Medical Health and Family Welfare (2013-14) before returning to Ministry of Commerce as Director General Foreign Trade (DGFT) in April 2014.